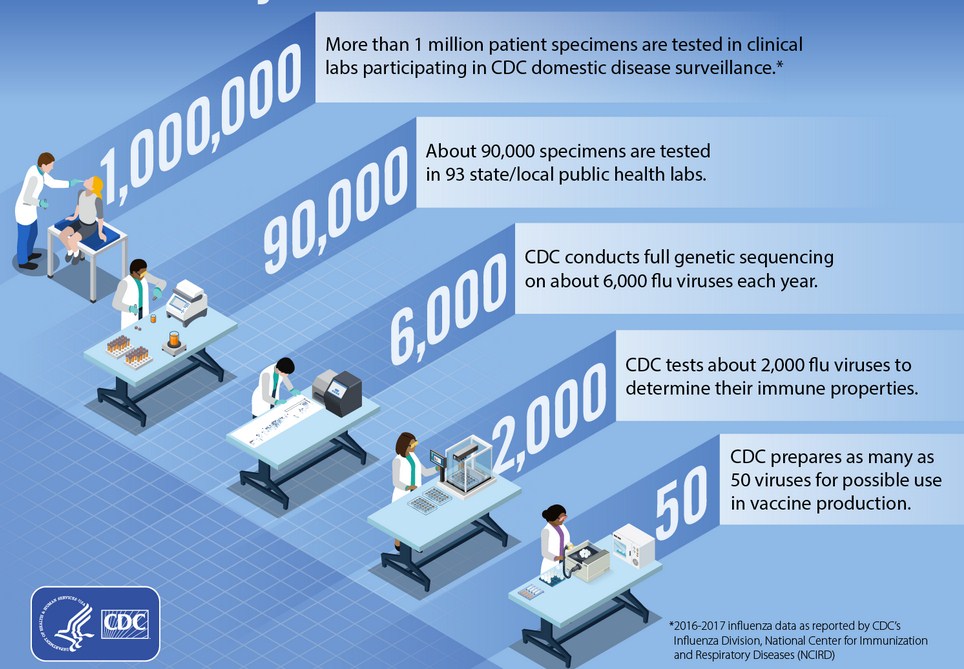 The figure below demonstrates the percent of visits for influenza-like illness (ILI) reported by West Virginia sentinel providers during the 2010-11 influenza season.  Sentinel providers are volunteer physicians who report cases of ILI as a proportion of total patients seen.  If the resulting percentage of visits due to ILI is higher than 2.6% then high rates of influenza transmission are likely.  Reports of ILI should always be viewed within the context of laboratory data and other indicators of influenza activity.